Everyone loves to get a jump on making their Christmas Cards and because of this I decided to hold a "Christmas in July" stamp-a-stack workshop to help get things rolling. I actually offered this class on July 10th at my home and again on July 13th in Vernon, BC. What fun we had. Each participant made 4 of 4 different card designs in a 31/2 hour class. Whew!!! That was a lot to accomplish. Want to see what we made:

Each of the cards has it's own unique feel and utilizes a number of punches and stamp sets from the new 2011-2012 Idea Book and Catalogue.  Here are the individual cards and a brief description.

Promotion Dates:          July 1-31, 2011
July 31st is rolling around quickly and I wouldn't want you to miss out on this perfect opportunity to sign up with one of the greatest paper crafting companies and do what you love to do!  Come on, it's always more fun to stamp with friends, and this limited-time $119 Starter Kit is the perfect choice for the lover of Stampin' Up! products. Use this exclusive Starter Kit to share the opportunity with your friends and future hostesses who want to get the products they love at a 20 percent discount.
There are so many benefits to becoming a demonstrator like:
As an added bonus, first-time demonstrators can get two free months of Demonstrator Business Web Services (DBWS) when they sign up during their first 21 days as a demonstrator.  Subscribing to DBWS means having your own online store, blog, hostess portal, and much more!


Sign up today and you will also receive this beautiful and unique Christmas Keepsake Box Project Kit.  This kit is valued at $50.00 and only available to new demonstrators signing up for this promotion. 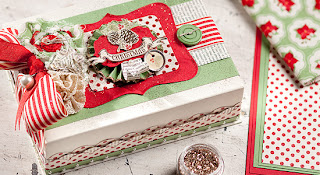 The Christmas Keepsake Box Project Kit contains the following products (quantities are 1 unless otherwise noted):
If you'd like to learn more about this exciting promotion and join my team, just give me a call and I'd be happy to answer your questions and provide you with any additional information you may need.
at July 21, 2011 No comments:

Gretchen Barron recently held a unique and fun contest on her site, challenging stampers to sellect a project from the new Idea Book and Catalogue and to make it their own.  I was very excited about this challenge, and thought wow, I can do that!  And I have, only I was too late to enter into Gretchen's contest because I was out of town duringher time frame.

The project that inspired me is on page 21 of the catalogue and is made with the Snow Much Fun Set. I loved this set from the moment I laid eyes on it and when I saw the sample in the new Idea Book and Catalogue, I just knew I had to recreate it and make it mine! 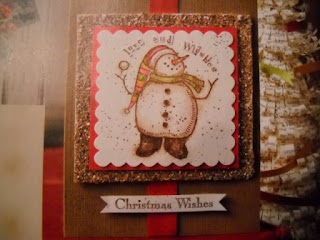 Okay so here's my version and the changes that I made to this card's design and set up. 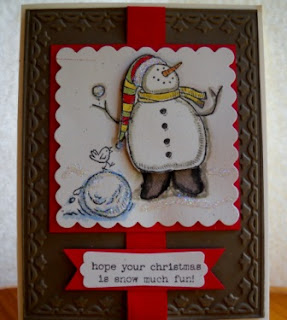 I liked the warm homespun color combo in the sample card and decided to go for the same look.  My card started with a base of Confetti Cream (102835) cardstock and the image and sentiment were stamped on this too.  I chose Soft Suede (115318) for the first layer of the card and embossed it with the Framed Tulips Embossing folder......... I know it's a stretch but on this card the tulips look like little Christmas lights.  Okay so I have a big imagination......try squinting.  I'm sure you'll see what I mean.

For my next layer and the one behind the sentiment I used Real Red (102482) cardstock.  I liked the look of the ribbon on the original card so decided to do the same and used 5/8" Real Red Grosgrain.  I also liked the way the Bigz Die Square scallop from the Scallop Squares Duo (120903) looked so retained that element but I wanted to change up the image by adding the cute little snowball and bird. All images were stamped in Chocolate Chip and colored with markers.  I used a Crumb Cake marker to create a shadow effect around the image.  Once I finished colouring this image I stamped a second one, repeated the coloring then cut it out and mounted it on dimensionals over the original snowman.  When I was cutting around the second image, I omitted the boots, arms, ends of the scarf and tassel on the hat, they show through from the original image and by piecing in this way you get a lot of dimension.  I used one of the sentiment stamps from the Snow Fun set and punched it out with the Modern Label (119849) punch and then mounted it on a strip of Real Red cardstock which was about an 1/8" wider.  I hand cut the points on each side of the sentiment and then mounted the label with dimensionals onto the ribbon.  Finally, I adhered Dazzling Diamonds with 2-way glue pen to the hat brim, snowballs and ground to give a shimmery effect. 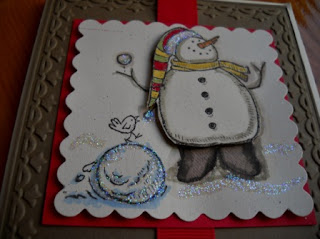 I was so pleased with this little guy and wanted to share how easy this card was to make, that I added him as one of the cards in my Christmas in July SAS workshops on July 10th and 13th.  Lot of ooooohs and awhs here....he was a big hit!  Hope you enjoyed this card as much as I do. I'd love to hear your comments.
at July 20, 2011 2 comments: 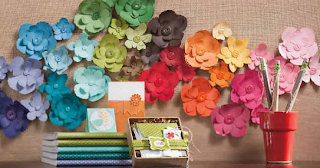 Pool Party
Calypso Coral
Lucky Limeade
Wisteria Wonder
Island Indigo
And don't forget last year's InColors are being held over for another year.  And look how beautifully they match in with this years............got to love that shading!

Email ThisBlogThis!Share to TwitterShare to FacebookShare to Pinterest
Labels: In Colours 2011 to 2013

The count down is over and all the excitement of Christmas morning can begin, because the brand new Idea Book and Catalogue for 2011-2012 was launched at 12:00 noon today!  I'm always impressed with the Stampin' Up! Catalogues and spend hours pouring over them looking at all the new and fabulous products and the outstanding ideas that are offered, but this year, let me tell you I just won't be able to put it down.  My head is pounding with ideas and I can't wait for my new In Colour stamps, papers and inks to arrive on Monday.  I'll be standing in the street waiting for my UPS guy and counting the minutes.  My husband won't see me for at least 2 days when it arrives .......... trust me!!!
I know when you check it out you're going to be excited too.  So on with the show............. drop by my website or click on the catalogue image on my side bar to view the PDF copy.  If you need a wish list form let me know, otherwise when you're ready to order just give me a call, drop me an email, or use my online ordering button by clicking here or on my right sidebar. 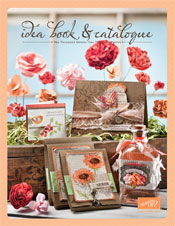 Email ThisBlogThis!Share to TwitterShare to FacebookShare to Pinterest
Labels: 2011-12 Idea Book and Catalogue 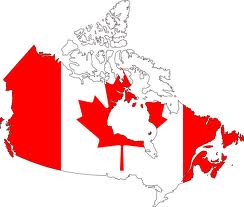 Canada Day is celebrated on July 1st across the country. July 1st marks the anniversary of the formation of the union of the British North America provinces in a federation under the name of Canada.  Canadians all across our vast country are celebrating our year's biggest national party!  There will be food, fireworks, dancing, music festivals, fiddling, face painting, picnics......... the works! 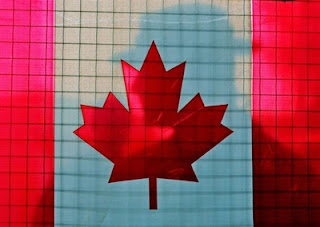 And finally, to add to our excitement, we have the Royals The Duke and Duchess of Cambridge better known as William and Kate in Ottawa joining us for our festivities on their first ever Royal visit. What a special day they are having! 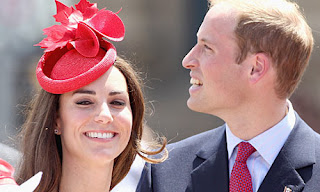 For all my family, friends, and fellow Canadians, celebrate, be safe and have a wonderful birthday celebration.  I know we will.............. picture us eating ribs, corn on the cob, etc. and raising a glass in celebration.

Did you know that  July is World Watercolor Month?  Stampin' Up has lots of watercoloring products to celebrate! Their product list  i... 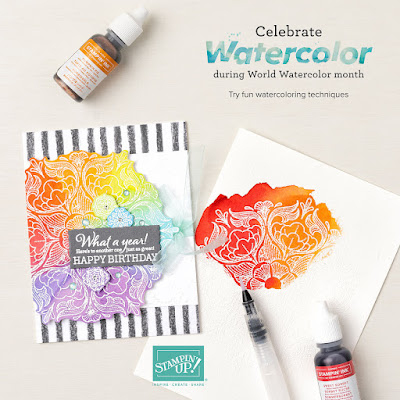 If you're placing an order under $200 before s&h&tax, apply this month's hostess code, for a free gift from me. Orders over $200 automatically earn Hostess Rewards 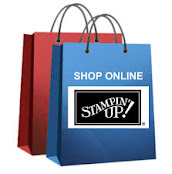 Click on this Image to Shop the Clearance Rack 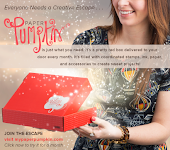 Check Out All the Stamping Up Product Lines Here 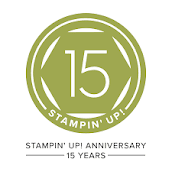 What Are You Waiting For - Join Today

All content (including text, photos, and design work) is © Penny Hanuszak. My original artwork is shared for personal inspiration only and may not be used for personal gain or copied for any publications or contest submissions. If you do case any of my artwork, drop me a link to your work, I'd love to see it. Thanks!

GDPR For EU Visitors and Followers

In line with new Data Protection legislation (GDPR) coming to the EU, please note that in commenting you do so with the knowledge that your name & comment are visible to all who visit this blog and thereby consent to the use of that personal information for that specific purpose, only. I do not collect information stored on my blog. If you have left a comment and prefer that it not be seen, please delete it. Followers: If you follow my blog (thank you!) you do so in the knowledge that my followers list is open to anyone who visits my blog. Your photo, name and links will appear and can be seen by anyone. If you don't want this data shared, please remove your name from my followers list.